The Entourage Effect: What It Is and How It Works

Research into the benefits of cannabinoids on human health has been revealing some truly fascinating details. While the biggest discoveries have been that cannabinoids can help to treat pain, anxiety, inflammation, and a number of other ailments, there's growing evidence that these cannabinoids work in concert with one another synergistically to provide better health than when just used in isolation. It's been coined the "entourage effect", and this is what you need to know about this unique phenomenon.

A Team Effort
Most of us are highly familiar with the two main cannabinoids present in cannabis. There's tetrahydrocannabinol, or THC, which is the psychoactive component in cannabis; there's also cannabidiol, or CBD, which is not psychoactive. THC and CBD get most of the press when it comes to research into what cannabinoids can do for you and how they can support your health, but the truth is that there are many more organic compounds in cannabis than just these two cannabinoids -- and these other organic compounds work to intensify their effects.
There are, in fact, upwards of eight different cannabinoids in your average cannabis specimen. These include, but aren't limited to:

Other Members of the Entourage
There are more cannabinoids than those just related to CBD or THC in cannabis, though. These other members of the entourage are, in fact, just as important in that they contribute to the overall synergistic effect. The most important entourage members are known as terpenes, and, on the surface, they're responsible for the unique aroma of cannabis in all its forms, but the function of the terpenes in cannabis goes much deeper than that.

While the strong bouquet of cannabis serves a purpose in discouraging insect predation while the plant is growing, on a molecular level the isoprenoids that makeup terpenes are crucial for unlocking the physiological and psychoactive effects that cannabis has on the human body. These terpenes, of which there are literally dozens of varieties, react with one another and with other cannabinoids, both catalyzing and inhibiting different cannabinoid ratios within a specific specimen.

Specific terpenes, in combination with specific other cannabinoids, lead to specific effects. Just a few of these terpenes include myrcene, which imparts an herbal scent; pinene, which is also present in pine needles; carophyllene, a component in black pepper; limonene, present in citrus fruit; and terpionlene, commonly found in tea tree and nutmeg.

The Role the Entourage Effect Plays on CBD Products
CBD Oils, gummies, edibles, and other products have become highly popular lately as a way to support better overall health, and this is only going to become more prevalent as cannabis becomes increasingly decriminalized and legalized across the US. Meanwhile, CBD products made from hemp, which is a close cousin of cannabis that is naturally low in THC, is legal in just about every jurisdiction there is as a result; this will also help make adoption of CBD oils and edibles much more widespread.

With this being the case, it's important to understand how the entourage effect changes the game when it comes to CBD products, especially when it comes to how a specific CBD product is produced. Extraction processes differ, and this means your CBD product might be composed of either CBD isolate or a CBD product that's either full or broad-spectrum CBD.

These differences are important -- CBD isolate is, as the name implies, nothing but CBD, and while the concentration of CBD by itself may be higher in these products, there are no other cannabinoids or terpenes present. This means you're unlikely to get any benefits from the entourage effect in this product. A full or broad-spectrum CBD product, by comparison, uses an extraction method that preserves all, or nearly all, of these other cannabinoids; this means the entourage effect remains intact.

The Final Word on the Entourage Effect
The world of CBD supplements is vast, and it's growing larger by the day thanks to the mountains of scientific research being conducted on the health benefits of cannabis and its constituent organic compounds. As this research continues, more and more information is going to be uncovered about the entourage effect, how it works, and which cannabinoids, terpenes, and other ingredients in cannabis work together to supercharge the health effects of CBD products.

This is an exciting time for anyone interested in the healing powers of cannabis and CBD products. Whether you suffer from chronic pain and inflammation, depression and anxiety, you're struggling with nausea and vomiting as a result of cancer treatment, or any other illness or ailment that cannabinoids have shown promise in treating, it's almost a guarantee that the future of better health through CBD products -- especially full or broad-spectrum ones that benefit from the entourage effect -- is going to be a bright one.

Do you feel like you just don’t have enough energy to get through the day? You’re not... 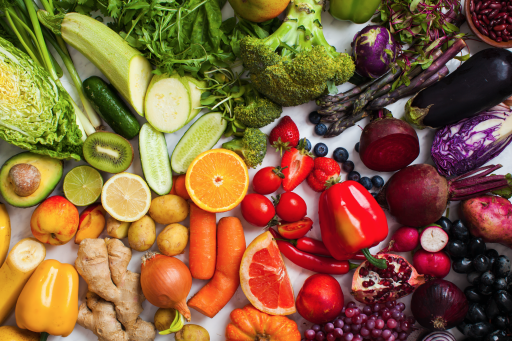 Your body’s immune system is its first and best defence from infection and invasion by...

Magnesium and Sleep - What Does the Science Say?

It’s very common to have trouble sleeping. If you have insomnia, you know how hard it is to... 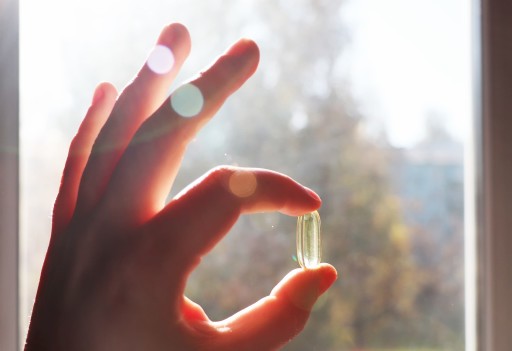 Do we need Vitamin D supplements all year round?

Staying healthy is important – and that means we need to do things like eat right and stay...