More Than Just Aroma: Terpenes and the Role They Play in Cannabis

Like all flowering plants, cannabis gives off a very distinctive aroma. This scent changes from one strain to another in subtle and various ways, and besides a visual inspection of the plant itself, it's one of the easiest and most reliable ways to tell the difference between cannabis varietals. These different scents also often translate to different tastes when ingesting cannabis or CBD products sourced from these different varietals.
There's a lot going on behind the scenes here, and it goes much farther than simple scent or flavor. Known as terpenes, the organic compounds within the cannabis plant that cause these differences in aroma and flavor also have an influence on the therapeutic properties of cannabis and CBD products. Here's what you need to know about the important role terpenes play in the therapeutic use of cannabis.

What Are Terpenes?
Terpenes are organic compounds, produced by plants, that provide specific aromas to that plant. This means that cannabis varietals aren't the only places terpenes are found, as terpenes are found in just about every plant that has a scent, pleasant or otherwise. From daisies and roses to stinkweed, pine trees, and beyond, the aroma of just about every plant is due to the presence of naturally-occurring terpenes within its leaves, bark, flowers, or fruit.

The role terpenes play, at least from an ecological standpoint, is twofold: these plants evolved in such a way that their aromas either attract pollinators, repel predators, or both. Whether or not the scent (or flavor) these terpenes impart to them is pretty much incidental, especially in today's world where we can cultivate different varietals of plants for their beauty, for food, or for their medicinal or recreational use!

Terpenes Found in Cannabis
Just like any other plant out there, cannabis is loaded with terpenes. In fact, there are more than a hundred different terpenes that have been found to be present in different cannabis strains! That being said, there are some terpenes that are much more commonly present than others. These terpenes do more than just change the taste or aroma of the cannabis or CBD products you take, though. Different terpenes have different physiological effects on your body, though modern scientific research is still discovering the extent of their powers to help and to heal.

Additionally, the effects terpenes have on the body may change when they interact with each other or with certain cannabinoids, amplifying their therapeutic effect. The process is known as the entourage effect, and lots of research is being done into how these synergistic combinations change how different strains of cannabis or CBD products can support better overall health. Here's a list of some of the most prevalent terpenes found in cannabis and the impact they may have on the human body, whether present alone or in conjunction with other compounds.

Myrcene
The most common terpene in a majority of commercially-produced cannabis strains, myrcene provides an earthy, herbal scent reminiscent of cardamom and cloves. It's also present hops, thyme, lemongrass, and mango. There's lots of therapeutic value of myrcene being researched. This terpene is an antioxidant, which helps reduce inflammation; it's also been shown to help with insomnia and pain as well.

Caryophyllene
With this terpene also appearing in cinnamon, cloves, and black pepper, caryophyllene has a spicy, peppery, woody odor that gives it a real kick. Caryophyllene is unique in that it's more than just a terpene: it's also a cannabinoid. This means it can interact with your body's endocannabinoid system to provide even more therapeutic value. Meanwhile, research shows that this terpene is excellent for treating pain, anxiety and depression, and even stomach ulcers.

Limonene
As the name implies, limonene provides a lemony, citrus-like aroma to cannabis. As appropriate, it's also found in citrus fruit rinds, but you can also find it in peppermint, juniper, and rosemary. Therapeutically, limonene has shown great potential for stress relief by reducing anxiety and depression, while some research has shown it can help with pain, inflammation, and possibly even certain types of cancer.

Terpinolene
Terpinolene is another common terpene found in cannabis. In fact, about one out of every 10 strains is thought to contain high concentrations of terpinolene. With a floral, herbal aroma, terpinolene can also be found in lilacs, cumin, apples, tea tree, nutmeg, and even some evergreens. Terpinolene is an antioxidant and may have antifungal, antibacterial, and anti-cancer properties as well. It's usually considered to have an uplifting effect on mood as well.

Pinene
If you guessed that pinene is responsible for the distinctive smell of pine needles, you'd be right! It's also present in a number of herbs, like dill, parsley, rosemary, and basil. As such, it's one of the most abundant terpenes in the world and probably the one you're most familiar with. The potential effects and therapeutic value of pinene is relatively high; it's thought to help with alertness and memory retention, it might counteract some of the side effects of THC, and it's shown promise in treating asthma, pain and inflammation, depression and anxiety, stomach ulcers, and possibly cancer.

Linalool
Found primarily in lavender, linalool is most commonly associated with providing a calming effect -- and anyone with a lavender sachet or enjoys lavender oils will tell you how effective it is on soothing the spirit. Like many other terpenes, linalool has undergone research to better understand its role in treating pain, anxiety and depression, insomnia, and inflammation. Certain types of neurodegenerative disease, such as epilepsy, have also been shown to respond to linalool as well.

Humulene
Naturally occurring in coriander, basil, hops, and cloves, humulene has a woody, earthy aroma. One of the less common terpenes to be found in cannabis, humulene is thought to provide anti-inflammatory benefits when taken therapeutically, making it a possible treatment for those who suffer from specific types of allergies.

Ocimene
Sweet-smelling and with herbal touches, ocimene is usually found in orchids, mangoes, basil, pepper, mint, and parsley. Ocimene may act as an antiseptic, an antiviral, an anti-fungal, and a decongestant, based on modern medical research. Plants containing ocimene, or essential oils containing ocimene, are often used in aromatherapy to great effect. 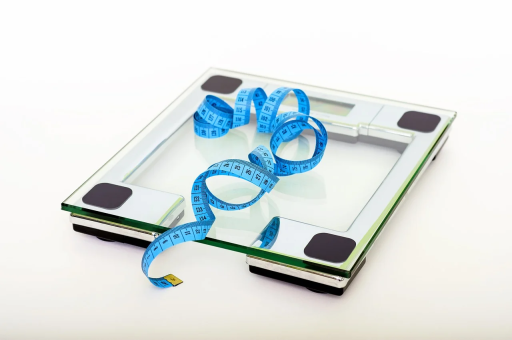